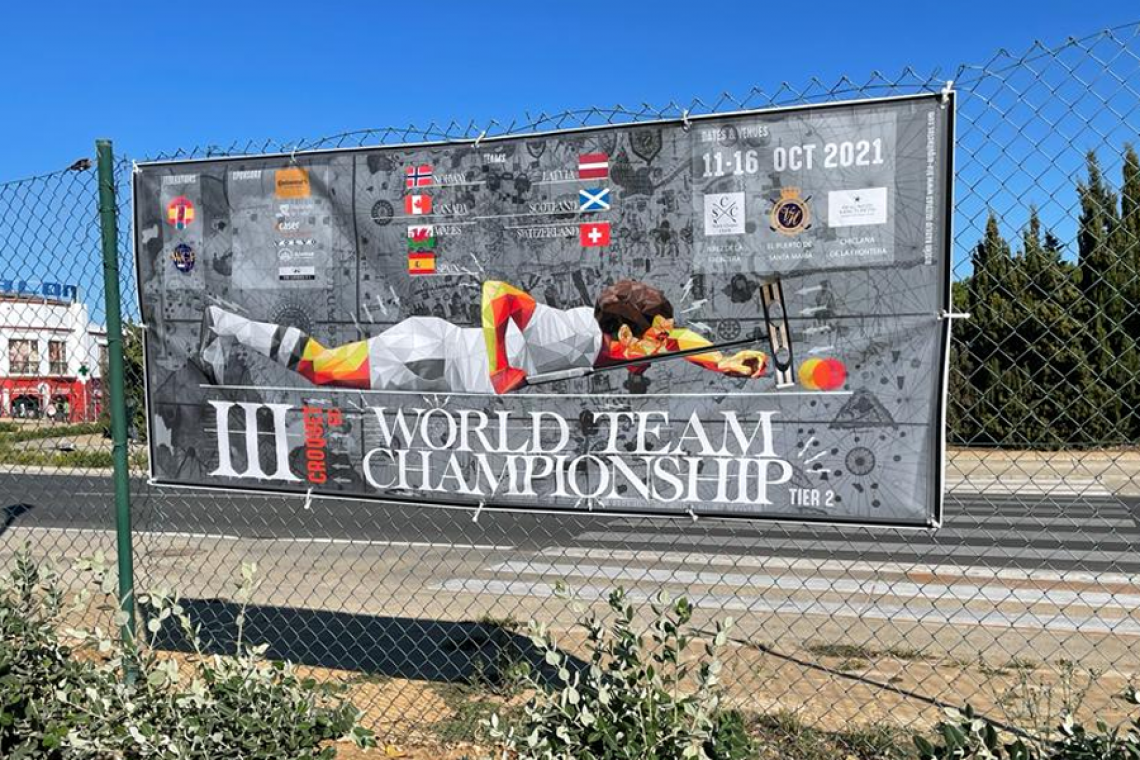 We had 20 responses from the following countries: Canada 2, Latvia 3, Norway 2, Scotland 4, Spain 6 and Wales 3. I have only included comments that will assist with the planning of future events. There were lots of additional, very positive and complimentary comments.

Question 1: Was the pre-event organisation and information provided satisfactory?

An earlier notification that the Player Briefing & Opening Ceremony will happen on the day before the first day of play might facilitate less stressful travel.

Question 2: Did you attend the player briefing? If so, was the information well-presented and useful? Was the scheduling of the briefing convenient?

The briefing was immediately before the opening ceremony. There was some complication that was well addressed as one team was short of players.

I was expecting a sit down meal for the tournament dinner. The function itself was fine had it been what was expected. The opening and closing ceremonies were quite late in day, perhaps necessarily so in the latter case. Phenomenal organisation. Would have preferred a sit-down dinner after a week on my feet but the food was very tasty. Opening ceremony was held in a very narrow space, not enough for the teams to stand..Holding of the flags without poles was not convenient. There were issues with the sound quality. Dinner and closing ceremony much better organised.

Question 4: Were the transport arrangements satisfactory?

Transport was provided to two social events in the evenings. There was also transport available to satellite venues although I travelled by car. Begona E very kindly adapted the coach trip when we went to Jerez to visit Gonzalez Byass so some teams could be picked up where they were staying.

Question 5: Was your number of games each day too many, not enough or about right?

100% responded that this was about right.

One more each day could be OK. Two matches a day with opportunity to watch team-mates play. There was a problem when the

manager wanted to play back to back matches over lunch time, which I pushed back on.

Question 6: Was the overall duration of the event too long, too short or about right?

We and all the Spanish team have professional obligations and a one week tournament is too long. Perhaps a little too long for my age; I declined to play on the last day. Maybe a rest day in the middle might have helped. 4- 5 days I think it could have been enough.

Question 7: Was the event well-managed?

100% replied that Yes, the event was well-managed.

The managerial decisions were OK, although I think that there was room for improvement in the communication of some the decisions/changes. Obviously the manager's first language not being English will have been an unavoidable factor to a degree. There was some evidence of inexperience in the management, but the good nature of those responsible prevented this from becoming an issue. There were a few minor issues when game results were wrongly put on the large scoreboard. Croquetscores.com was not updated till late at night, we did not know the results from other venues. Also the dedicated event website had occasional delays in publishing the results On balance, yes. Initially the manager seemed focused on having matches on particular lawns, but the players encouraged a more rational strategy to maximise lawn utilisation given that lawn space was at a premium. Extremely well managed, always someone there to greet you, arrange practice courts, referee, give local advice and always great food available. It was a good balance between being supportive of the players but pushing to get the event completed.

Question 8: Was the event well-referee'd?

I thought the use of video refereeing was a great inclusion and would favour its adoption in all tournaments where this is practical.

Question 9: Were the courts of suitable quality?

There were quite a few comments made regarding the Sherry Golf Club, advising that the lawns at this venue were not really up to stand. The other two clubs had great reviews.

Question 10: Were the balls of suitable quality?

Question 11: Were the hoops well set?

They were not very difficult but that was primarily due to the ground conditions. Perfect in Vista Hermosa. Hoop settings were "generous" and I don't think the hoop positions were moved at Vista Hermosa al week, so rabbit runs developed. Sancti Petri were due to have new hoops settings the day after we played there.

Question 12: How would you rate the venues overall, including facilities and catering?

Question 13: How would you rate the event overall?

Tournaments (in general, not only this one) should be shorter. Otherwise, you do not incentive young people (usually with professional obligations) to participate and, therefore, you do not promote croquet between young players.